I'd Always Rather Be In the Studio---Building and Boiling

Well, not really boiling. Slow-cooking, really.
This post is about some of the prep work that is done in the studio before painting begins.

For those of you who work have been working with wax for a while, you've already been there and done this. On the market are good books with directions and good pics as well for building your own substrates and making your own encaustic medium. The Art of Encaustic Painting, by Joanne Mattera and Embracing Encaustic by Linda Womack are two. Besides those sources, there are several blogs on-line with good information regarding those subjects as well.

Bits and Pieces blog is about the goings-on in my studio and since I was doing both of these activities recently, I decided to take snap some images for an upcoming demonstration that I will be conducting next month.
I decided to post them here along with some 'how to' pointers as well.

Building Substrates
For encaustics, your substrate should be rigid but somewhat porous. I like Birch plywood best. Rodney Thompson recommends Baltic Birch from a good lumber source rather than Home Depot or Lowe's. A bit more expensive but much better in the long run. I don't know about the lumber store near me, but at Home Depot they will cut the large four by eight panels down to your size for a nominal fee if you can't cut them yourself. (I only use the electric chop saw so my husband helps and cuts the panels and cradles for me.) Lauan is another choice for panel material if you want to cut down on the total weight of the panel.

I use 1/4 inch Birch ply for most of my panels and 3/4 inch for the cradles. I have also used one by two's or one by three's (good hard wood) sometimes when I don't have someone to help cut down the wood.

To miter the corners, you need a chop saw or miter box.

Rodney and my husband Mark both told me to make the top panel just a bit larger that the size of the cradles...just a bit...and after gluing, you can sand down the slightly overlapped edges to make for a very clean edge. (Electric sander works best.) 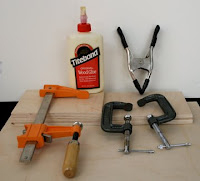 You will need good wood glue and braces.

I leave the clamps on for about an hour at least. This picture shows just two sides glued and clamped.

Finished products after removing clamps and sanding edges. I do all but the cutting and sanding in my studio.
I only have room and clamps to build one at a time so it is slow going when I have many to do.
I like to get them all finished so that when I begin to paint, there is no stopping until I run out of panels and have to build more. Thinking ahead, I try to plan out the sizes for particular series and work from there. Any small bits left over are used for tiny paintings or for
workshops or test trials.

Keep in mind that these are relatively small panels and only need braces on back around the edges. When you work large you will want to further brace the back of the substrates to prevent warping.

Below are some images of Austin artist and woodworker, Scot Eddy, who will build panels for you. Scot and his daughter are standing by the hexagon panels the TexasWAX/Houston group commissioned him to build for our HIVE Project.
We chose Lauan for the panel and he used lumber for the cradles rather than 3/4 inch plywood.
Further down are images of Scot holding various types of panels he can build. 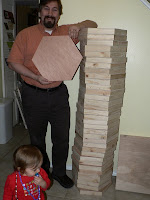 I took these images at a TexasWAX/Austin meeting I attended last August at Sharon Kyle-Kuhn's Bay6 studio and gallery. You can see here the variety of shapes that he can make.

(This post has been sitting in my box for a while. In the meantime, Nancy Natale recently posted an entry in a similar vein about building her substrates and using power saws. Loved it! If I could make that sound Tim Taylor makes on Tool Man here I would! But I am only brave enough to use the electric chop saw so far. After reading this post, check her's out.)

Below are examples of some of the products that I use. You can check out their sites and compare prices.

This is white refined beeswax from RF Paints. It comes in little granules which makes it melt a bit quicker. It is mechanically refined through a filtration system rather than bleached.

This is beeswax from Dadant on top and from Southern Gold Honey Co. in Vidor, Texas on the bottom. (At this point, Southern Gold doesn't have an on-line store.) This natural color is referred to as yellow beeswax.

Yellow and white refined beeswax from Dadant.
Dadant offers wax is several forms and weights. These are one ounce blocks. Each box holds a pound. The wax from Southern Gold is a one pound block.

Here is my scale and a package of Damar crystals. I usually slip the crystals into a ziplock plastic baggy and then into another one and pound the crystals with a mallet on the floor to break up the larger pieces before I weigh them.
The ratio I generally use is 8 to 2, eight parts wax to two parts Damar. On RF Forum, Ed Angell says 9 to 2. And it is dry weight.

Damar has a higher melting point---temperature needs to be higher to melt.

My crockpot above holds about 5 lbs of wax with the added Damar.

This is the strainer that I used to filter out the debris from the melted resin as I pour it into the crockpot with the melted beeswax.

When the medium, (beeswax and Damar resin) have sufficiently melded in the crockpot for
a while, I pour it into muffin tins and wait for it to congeal.

At this point, you are finally ready to paint!
Of course, to save time, you can skip all this work and go directly to suppliers. And with the panels---Rodney and Scot will build them for you.
Nothing wrong with that!

Doing it yourself, you'll save money and gain a great sense of accomplishment.
Posted by Gwendolyn Plunkett at 10:19 PM 7 comments: 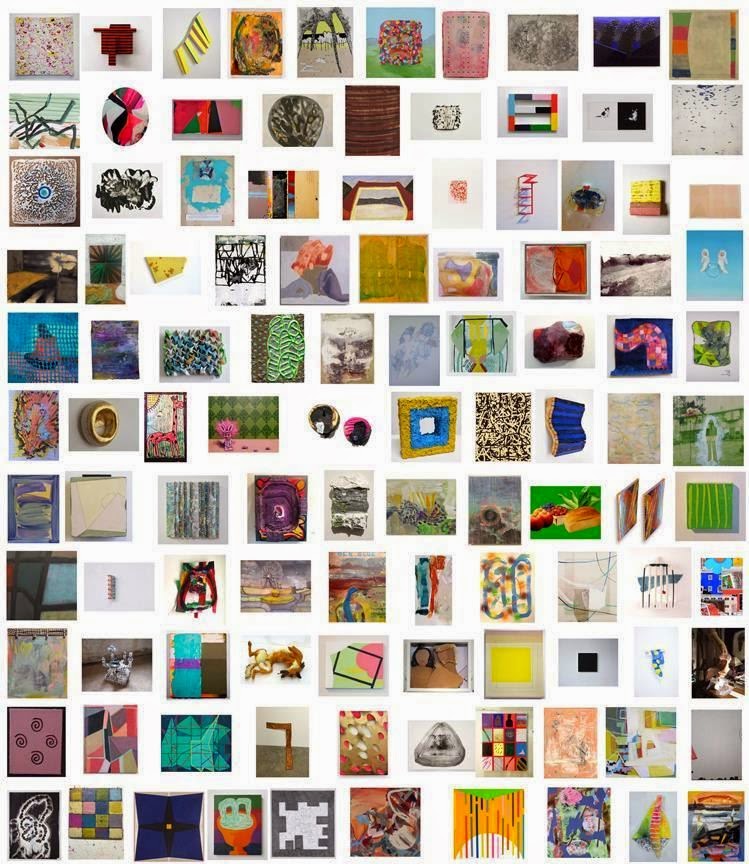 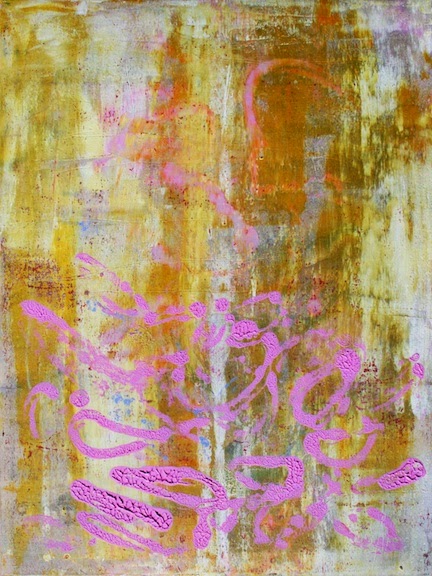 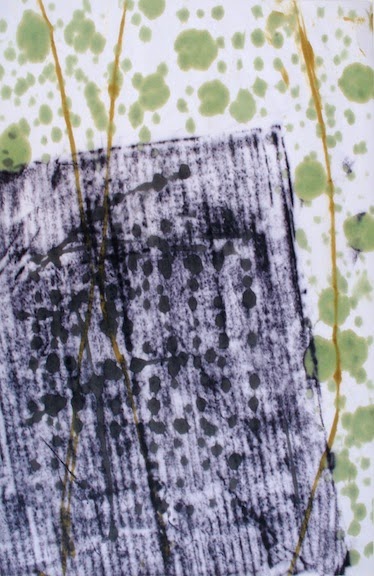 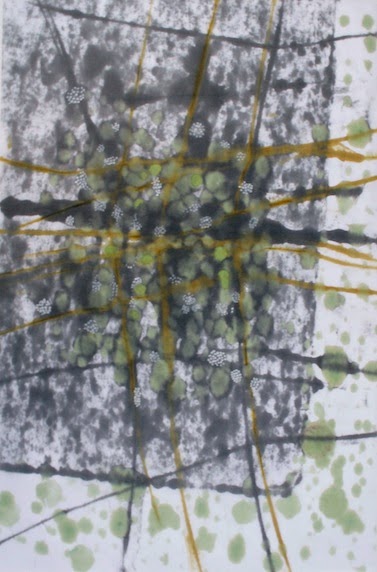